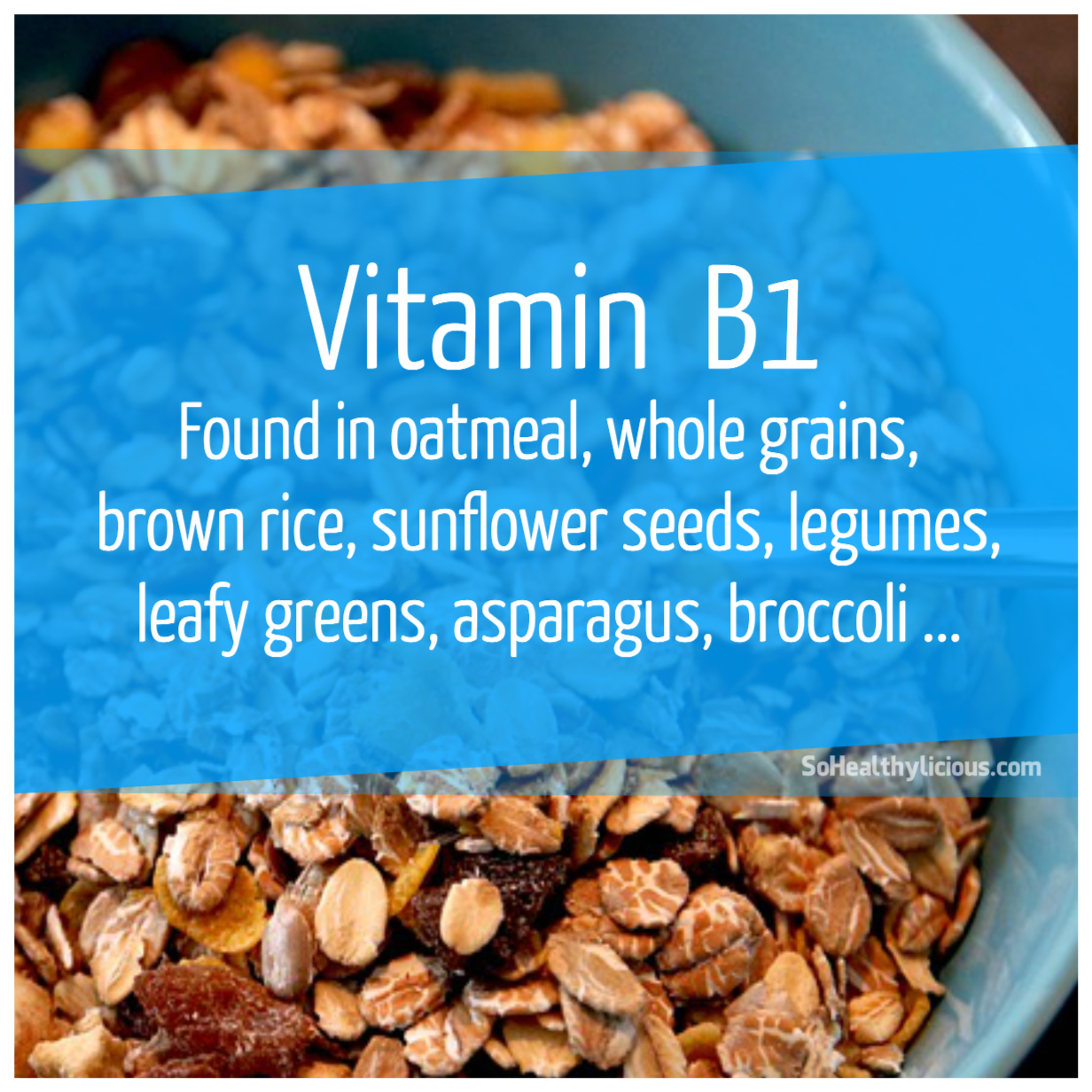 Vitamin B1 (also known as thiamine), is a key player in our health and is present to a small degree in most of the foods that we consume.  But as with anything else, some sources are better than others.

The Benefits of Vitamin B1 (Thiamine)

Thiamine is a key player in the body’s production of energy as it  takes the energy in carbohydrates and fats and helps to regulate the process of converting that energy into a form that is usable by your body.

Vitamin B1 is especially vital to the proper functioning of the brain and nervous system. Your brain is constantly burning energy.

The best dietary sources of B1 include whole grains such as oatmeal, brown rice, and whole grain wheat flour and rye flour.

Because processing removes the thiamine rich outer coating of the grain, processed white flour is required to be fortified with thiamine and other nutrients before being sold in the United States and other countries.

In addition to whole grains, other good sources of vitamin B1 include asparagus, sunflower seeds, leafy greens such as spinach, cabbage and kale, and brussels sprouts and broccoli. Legumes such as dried beans and green peas are also good sources of thiamine.

Vitamin B1 Is Very Sensitive To Heat

Cooking has been shown to destroy 50% or more of the thiamine content in foods.

Be sure to consume at least some of these thiamine rich foods in their raw forms. For example, a Caesar salad, containing raw Romaine lettuce or coleslaw with fresh cabbage would be good sources of vitamin B1.

Because your whole body needs energy, vitamin B1 deficiency can affect how your whole body functions. In addition to the nervous system, areas that are particularly sensitive to lack of B1 include the heart and digestive system.

As we get older, it becomes harder for the body to properly metabolize thiamine, making elderly people particularly at risk for vitamin B1 deficiency.

Getting Your “B1” On-the-Go